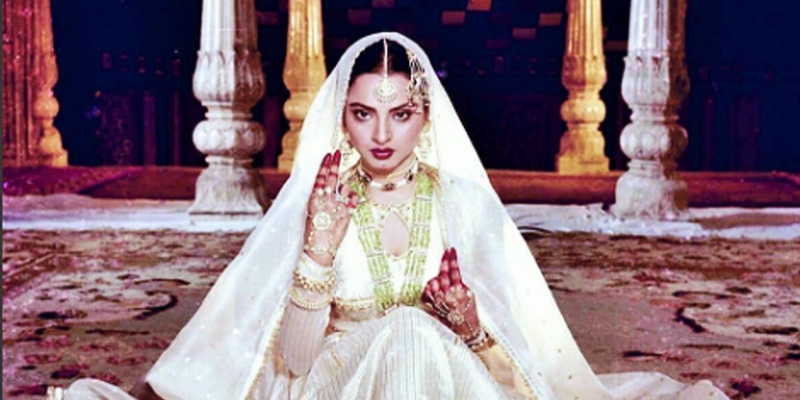 Born as Bhanurekha Ganesan on October 10, 1954, Rekha is a Bollywood actress known for her timeless beauty and versatility in acting. She is considered as one of the most beautiful Bollywood actresses of all time.

She started acting in the year 1966 asa child actress in the Telugu film Rangula Ratnam. She made her film debut as a lead four years later with Sawan Bhadon. Rekha has acted in over 180 films in her career spanning over 50 years.

She has won three Filmfare Awards, two for Best Actress and one for Best Supporting Actress, for her roles in Khubsoorat (1980), Khoon Bhari Maang (1988) and Khiladiyon Ka Khiladi (1996), respectively. Her portrayal of a classical courtesan in Umrao Jaan (1981) won her the National Film Award for Best Actress. In 2010, she was honoured with the Padma Shri by the Government of India.