Sanjay Khan, Zeenat Aman: What happened on the fateful day ?

Sanjay Khan, Zeenat Aman: What happened on the fateful day ?

In those days, Zeenat Aman was every man's dream girl. Unfortunately, her choice of men left a lot to be desired. One such man was Sanjay Khan, who was married with three children when he fell in love with Zeenat Aman on the sets of their film Abdullah.
Aug 4, 2018, 2:07 pm ISTNostalgiaJhakaasMovies Staff

A story in leading film magazine dating back to 1980 details how Sanjay bashed Zeenat black and blue at a five-star hotel in Mumbai, in the presence of several onlookers who did not lift a finger to help her.

It all started when Zeenat was shooting in Lonavala. Sanjay called her up from Mumbai and angrily demanded that she leave everything and reshoot a portion of a song in Abdullah that had already been shot. When she reasoned that she had already given her dates to another film, he accused her of being inappropriately involved with the makers. An exasperated Zeenat left straight for his house, where she was told that he was attending a party at the Taj. She reached the hotel to discuss her dates, at which point the "atmosphere suddenly turned cold and menacing". An inebriated Sanjay asked her why she had come to the hotel, while his wife Zarine sneered. 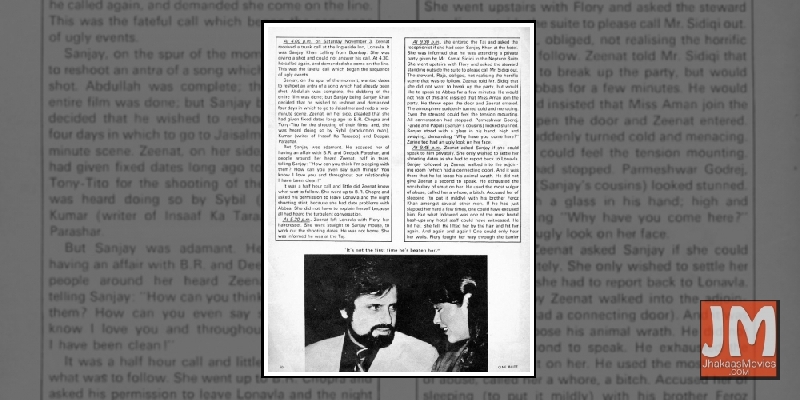 Zeenat, who had to return to Lonavala, wished to settle her dates with him without making a scene. Little did she know what would happen next. Apparently, Sanjay took her to the adjoining room and "let loose his animal wrath". He beat her up, lifting by her hair and continuing to thrash her every time she fell. It was at this point that Zarine entered and began cheering her husband on. "Give her what she deserves," she shouted, as she started attacking Zeenat as well. 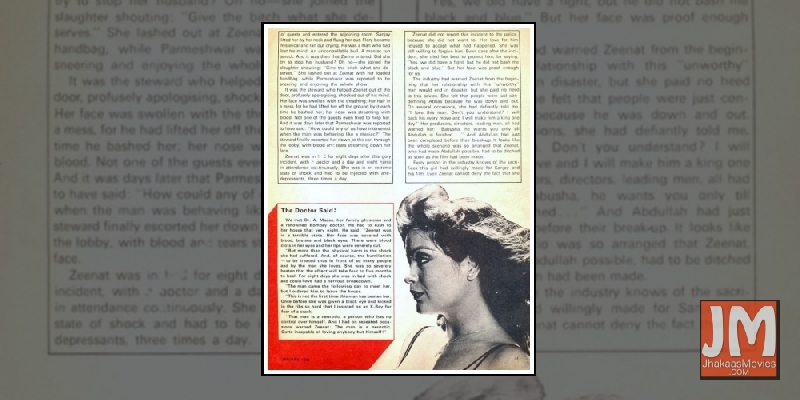 All the guests knew what was happening, yet no one helped her. It was the steward who came to Zeenat's rescue, who by now had blood and tears streaming down her face. Even as she required eight days of medical attention to recover from this beating, she did not report Sanjay to the police, as she was still in love with him. 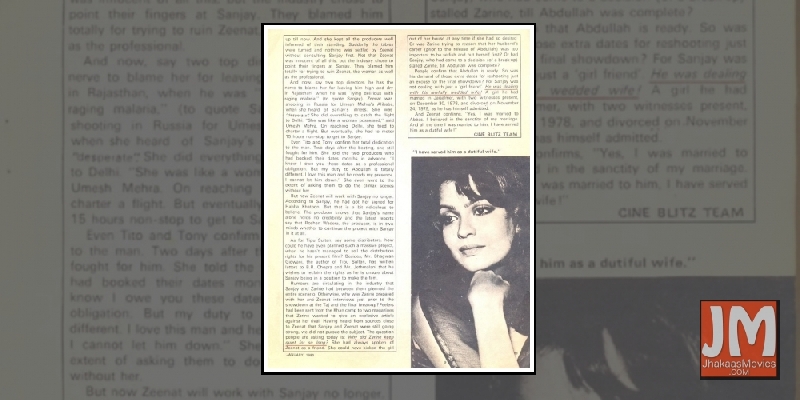 Her doctor revealed to the publication, "This is not the first time this man has traumatized her. Once before she was given a black eye and kicked in the ribs so hard that I insisted on an X-Ray for fear of a crack."Not just the love of her life, he was her husband. The two had wed in Jaisalmer in 1978, a marriage which lasted less than a year. Many had warned Zeenat but she defended him fiercely: "I love this man. Don't you understand? I will back his every move and I will make him a king one day."

Also Read: Bollywood Actors Wives Who Forgave Their Husbands For Cheating On Them