Tusshar has been a hands-on parent ever since Laksshya's birth in June 2016 was born via surrogacy and his (Laksshya's) aunt Eka Kapoor often shares photos and videos of the father-son duo. As the actor continues to work in films, Tusshar Kapoor's son Laksshya Kapoor has recently turned 2 years old.
Aug 10, 2018, 10:39 am ISTNewsJhakaasMovies Staff

Tusshar Kapoor is an actor of the Indian film industry. He was born on 20th November 1976. He is son of the famous actor of Bollywood – Jeetendra, and brother of the producer Ekta Kapoor. He passed his graduation in liberal arts and masters degree in business administration from the University of Michigan.

Tusshar Kapoor entered the silver screen with the film Mujhe Kuch Kehna Hai opposite Kareena Kapoor. The film was a hit at the box office and he won the Filmfare Best Debut Award for the film. He performed in two films Kuch Tu Hai and Kya Dil Ne Kaha which were produced by his home production house Balaji. The films suffered poorly on the box office. For nearly two years his career did not move on a positive side. But with the release of Khakee(2004), things turned out to be positive as his performance was appreciated. In the film, he was casted along with Amitabh Bachchan, Akshay Kumar, Ajay Devgan and Aishwarya Rai. He also starred in some commercial hits such as Kyaa Kool Hai Hum (2005), Golmaal (2006), Shootout at Lokhandwala (2007) in which he has essayed the role of gangster Dilip Buwa, and received good reviews for his work, Golmaal Returns (2008), Golmaal 3 (2010), The Dirty Picture (2011), Kyaa Super Kool Hain Hum (2012), the critically acclaimed Shor in the City (2012), and Shootout at Wadala (2013).

Tusshar on 25th June 2016 announced the arrival of his son Laksshya, born through IVF and surrogacy and he became the first single father from the Bollywood fraternity. He is often lauded for embracing single parenthood so beautifully, revealed that all he does is 'plan' his day 'according to son Laksshya's timetable. Speaking of his decision of having Laksshya and the response from the society, he said that often gets messages from people saying that he inspired them. "I am 41 now. At around 35, 37, I started getting paternal instincts for my pets. I also began to wonder then how would it feel like to hold your child? I wanted to be a father and I wanted to start a family, so I did it. People then messaged me that I am inspiring them," he said. 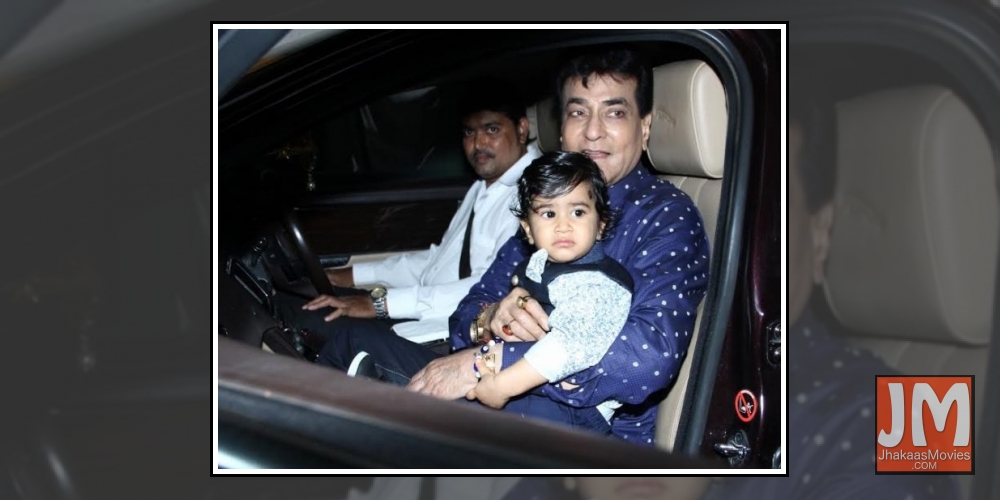 Ekta, Tusshar's sister shared picture where she has created a monochrome collage of the three male members of the Kapoor family; her father Jeetendra, brother Tusshar and nephew Lakshya. The monochrome collage has the then young and dynamic Jeetendra with Tusshar from his childhood days and a recent picture of Lakshya- symbolizing the resemblance of the facial features that all the three share. Ekta captioned the cute picture as, “Father-son n sons son!!#sametosame #myboys #twinners #twinnersfamily.” Looking at this click one can indeed say that the apple did not fall far from the tree!. Though Tusshar had earlier admitted that his parents weren't quite comfortable with the idea of him fathering a child through IVF and Surrogacy, they have been extremely loving and caring towards the adorable baby. A picture that Tusshar shared on his Instagram feed has been ample testimony to this fact, and the picture is quite heart-warming. 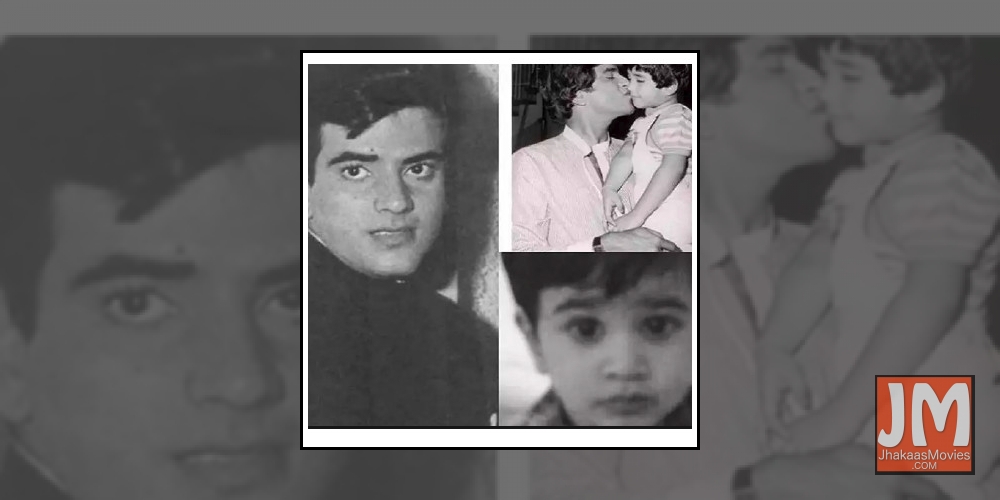