The first paranormal romance in Hindi cinema, Madhumati was the result of collaboration by a host of legends. Ritwik Ghatak and Rajinder Singh Bedi wrote the script and the dialogues, respectively. Salil Chowdhury composed the music. Shailendra wrote the songs. Hrishikesh Mukherjee edited the film. The director himself, known for his realistic and socially relevant films like Udayer Pathey (1944), Maa (1952) and Do Bigha Zameen (1953), was initially criticized for making a film which was primarily a romance in the Gothic noir genre.

Madhumati was the first Indian film to have an international launch. “A bashful Bimal Roy created a sensation by performing the muhurat ceremony of Madhumati in front of the Karlovy Vary International Film Festival Theatre in Czechoslovakia. Dilip Kumar faced the camera while Soviet actress Tatyana Konjuchova switched on the camera,” wrote Gupta in his article, commenting on the film’s international reception.

The film was a milestone in Salil Chowdhury’s career as well. Until Madhumati was released, Chowdhury was regarded as a flop music director. It was rumoured that the stars of the film were quite opposed to Chowdhury working as composer on the film; however, Bimal Roy was not to be discouraged and his faith allowed the duo, Chowdhury and Shailendra, to create history. Chowdhury reportedly signed 19 films after the release of Madhumati. Chowdhury’s research in folk music was reflected deeply in the songs of the film, including in 'Chadh Gayo Paapi Bichua', 'Zulmi Sang Aankh Ladi' and 'Ghadi Ghadi Mora Dil Dhadke', as he used Assamese folk tunes in them.

80% of the film was re-shot in Maharashtra and the film went over budget by about Rs8-10 lakh. Kumar arranged a special lunch and early screening of Madhumati for the distributors. He spoke to them after and said he was giving up Rs70,000 to help out Bimal Roy and asked the distributors if they would do the same. The deficit was met with everyone’s contribution and later when the film was a hit, they all recovered their costs. 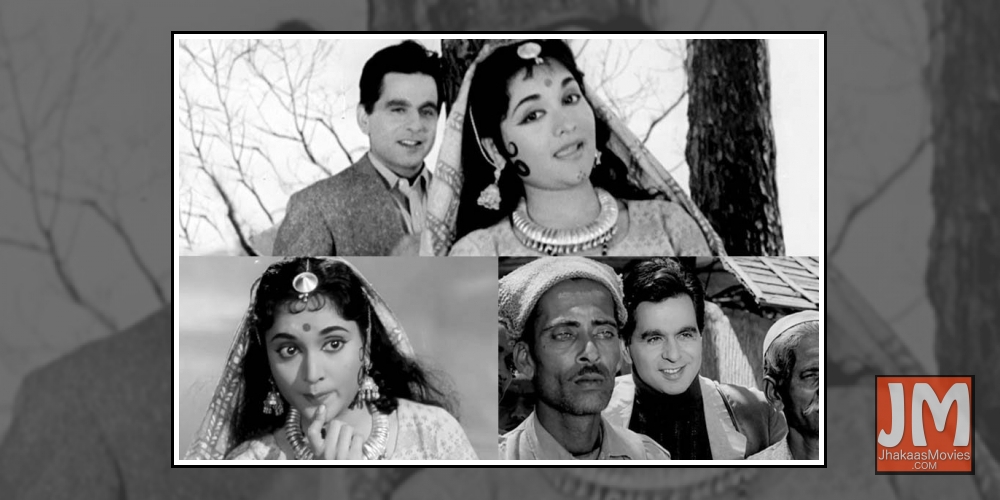 Madhumati ran for 24 weeks at the Roxy Cinema in Mumbai, starting 19 September. Just before it was to hit the all important silver jubilee, it was removed from theatres, even though the film was running housefull. The reason behind this unfair treatment was the theatres' financial commitment. Theatre owners had to give their staff a bonus if a film completed 25 weeks. Therefore, Madhumati was denied a silver jubilee at the Roxy.

Madhumati not only won hearts for delivering an engaging and simple storyline bereft of any intrusion, but it also bore significance for producer-director Roy’s hard work, conviction and sacrifice of even giving up the director’s fee for the film.