Ticker
Did you Know?   List of movies remade in regional languages

Here is list of Indian movies which were either made in more than two languages or were remade using another name, a regional flavor, cast, and crew. And just to mention that the list can be endless, so we have covered only the best in terms of their storyline or popularity.
Jun 28, 2018, 4:15 pm ISTDid you Know?JhakaasMovies Staff

India is a nation of many languages and as far as movies are concerned, you can’t expect some great movies not being made in a couple of languages at the least. There are two kinds of multilingual movies in India – one, those which are shot in multiple languages simultaneously, thus carrying the same cast and crew, and two, those which are shot in another language with a different name (in a regional language), cast, and crew and maybe with a slightly varying storyline. 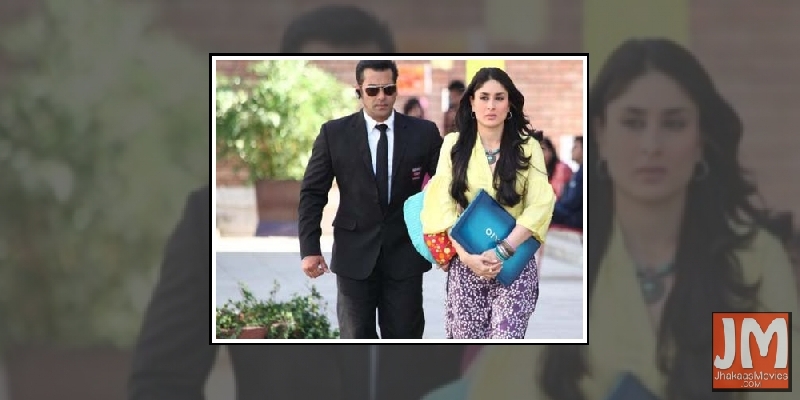 A moderately successful film, ‘Bodyguard’ is the story of a young man who has a penchant for heroism and working as a bodyguard for someone he admires. He ends up working for a business tycoon and ultimately falling for his daughter for whom he was deployed with as a bodyguard. Things don’t work out with their romance and the bodyguard ends up marrying his love interest’s best friend (after the said best friend ditches her own friend) instead but realizes towards the end that the person whom he loved had never married out of an affection towards him. A rom-com at the core and a tale of eternal love, ‘Bodyguard’ is best viewed with popcorn and tissues. 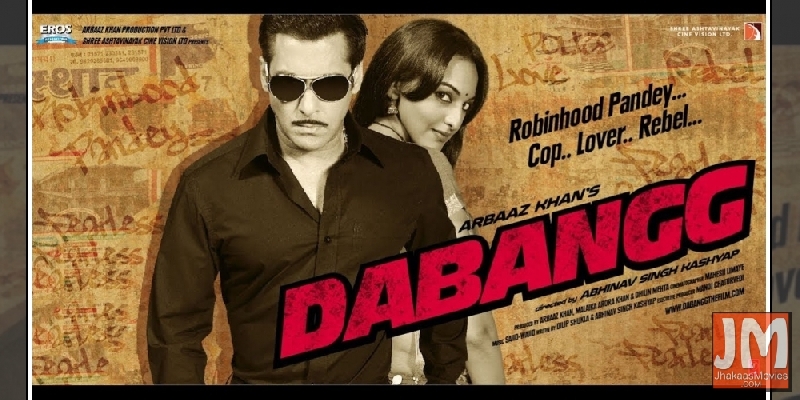 The story of a cop who doesn’t believe in all things legal and goes his own way while handling crime and criminals, whilst getting himself into indulgences and corruption, ‘Dabangg’ turned out to be a complete entertainer. With a generous dash of humor, troubled relationships and confrontations against a local goon and a political leader, Chulbul Pandey did make us laugh, cry and shake a leg at the same time. Speaking of the remakes, while the Telugu version starring Pawan Kalyan was touted a super hit and a solid entertainer, the Tamil version somehow lacked the charm and the knack of the original ‘Dabangg’. The credit goes to Bhai, I guess. 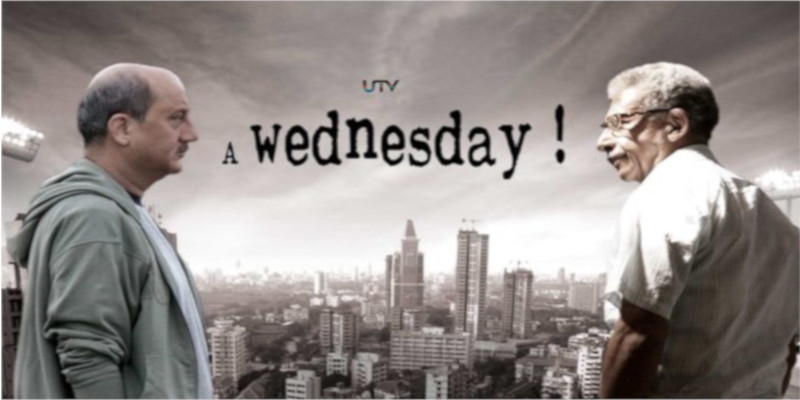 If not for the original Hindi version of the movie, the Tamil remake which stars Kamal Hassan and Mohanlal in leading roles is worth every single moment of your time. A movie which made a lot of news for being extremely well-written, had ample twists and dealt with terrorism in a crude, satisfactory way, ‘A Wednesday’ is the story of a common man who, by making several phone calls to the police department, frees a bunch of dreaded terrorists only to eliminate them himself. Gritty and intriguing, ‘A Wednesday’ possesses all qualities of a great thriller and boy it does manage to impress us all, doesn’t it? 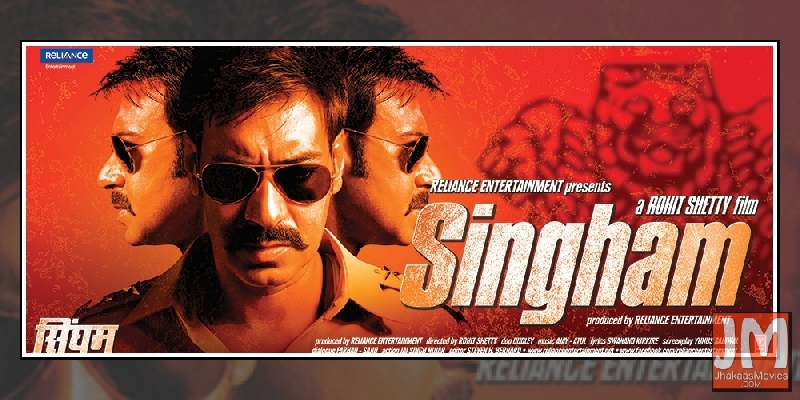 Apart from the movie, the antagonist played by Prakash Raj in both Tamil and Hindi versions is noteworthy and his dialogues as Mayil Vaaganam/Jaikant Shikre were viral for quite some time. The movie revolves around an honest and populist police sub-inspector Singam, who is put up against Mayil Vaaganam, an extortionist politician based in Chennai and the movie follows a cat and mouse enmity between the two, while Singam falls in love and there emerge a few other sub-plots. A mass-entertainer, ‘Singam’ won many accolades for its Tamil version as it did equally for Kannada, Bengali, and Hindi remakes and was proclaimed a smash-hit by all the box-office collections. 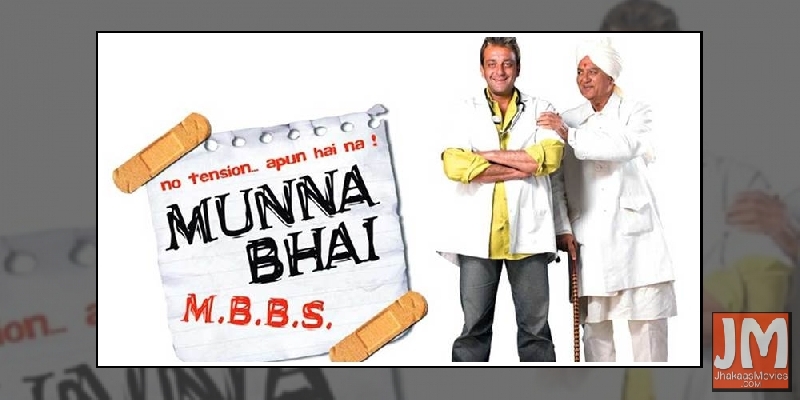 A don and extortionist, who poses as a doctor to his parents, complete with his fake, makeshift clinic and his henchmen posing as his assistant doctors and nurses, ‘Munna Bhai M.B.B.S.’ is a turnaround story of Munna, who, after his parents are humiliated by a leading doctor, takes it upon himself to become a qualified doctor. Though his methods during his pursuit of the medical degree are unusual and treacherous, it is his human touch and his sense of humor that gets the job done at the college where he studies. Impactful, original, and witty to the core, this one is sure to tickle your funny bone. An immensely successful film, owing to the newfound stardom of Mahesh Babu, ‘Pokiri’ is the story of an undercover cop, who under the pretense of being a mere henchman brings down an entire criminal empire run by a Dubai-based don named Ali Bhai. Again, here it would be noteworthy to mention Prakash Raj who was convincing beyond compare as Ali Bhai in Tamil, Telugu and Hindi versions of the movie. He breathed life into the character as well as the movie and made it as we know it. And not to a surprise for anyone, all the films, original and remakes alike were astoundingly successful and turned out to be mega entertainers at the box-office. With Asin and Pradeep Rawat (the actor who portrayed the spiteful Ghajini on screen) being the only common actors in both the versions of the film, I’d still rate the Hindi version a notch higher than the Tamil one. The ending is to blame. It won’t be wrong to say that Murugadoss improvised a great deal and corrected all the apparent drawbacks of the original with his Aamir Khan starrer remake. The story of a business tycoon, who after the brutal murder of his girlfriend and an attempted murder of his own, suffers from retrograde amnesia and spends most of his time to track, pursue and eliminate Kalpana’s killers is heartbreaking. More than an action film, ‘Ghajini’ is a beautiful and eternal love story and the chemistry between Suriya and Asin is unbelievably amazing (and between Aamir and Asin isn’t bad either). A film which is close to attaining its cult status, ‘Vikramarkudu’ is the story of a petty thief Sathi Babu, who finds a young girl in a suitcase that he stole. The young girl starts thinking of Sathi Babu as her father which confuses the latter. The premise – she is the daughter of DCP Vikram Singh Rathod, who soon succumbs to his injuries in a confrontation against some goons. Sathi Babu then takes it upon himself to eliminate all the filth and turmoil caused by Bavuji, a local extortionist-politician and adopts the girl in the end. A classic case of Presentation winning over the Plot, ‘Vikramarkudu’ is replete with superb action sequences and foot tapping numbers. 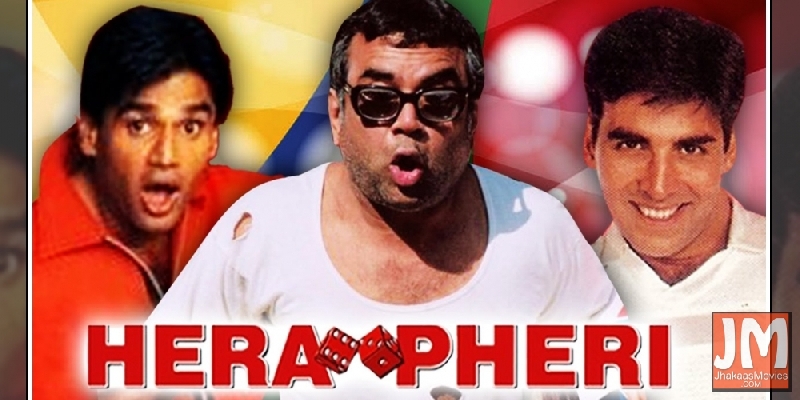 Out of all the versions, I think ‘Hera Pheri’ made in Hindi surely managed to reach the unexpected zenith despite initial setbacks. ‘Ramji Rao Speaking’ is premised on a wrong number, wherein one of the protagonists receives a phone call asking for a ransom in exchange for the release of the daughter (granddaughter in the Hindi version) of a business tycoon. Plans are hatched to extort double the ransom amount, retrieve the tycoon’s daughter and give the original sum to the kidnapper instead. Pathbreaking and quirky, no other movie has made us laugh more than this one. Perhaps this is the only movie in this list of which all the four regional remakes were equally acclaimed and admired by the masses and the story became extremely popular. Set in an ancestral home, where one of the current occupant’s ancestors (a king) lived, the king was obsessed with a Bengali dancer in his court, who, in turn, was in love with another male court-dancer. The king, after he comes to know of their affair, decapitates the male dancer and imprisons the female. Word is that on every Durgaashtami, the female dancer’s ghost reaffirms to kill the king and all his descendants. A movie which is like a version of the Indian Ghostbusters, with Mohanlal at the helm, ‘Manichitrathazhu’ was definitely a game-changer in the psychological horror genre and it still retains its charisma. You shouldn’t expect anything short of legendary if acting powerhouses like Mohanlal or Kamal Hassan are involved in leading roles. ‘Drishyam’ revolves around a cable-TV businessman whose daughter is filmed in the bathroom by a local IG’s son. One thing leads to other and the tainted son is killed in a jostle. The movie progresses with the protagonist being called, tortured and harassed to confess his crime of killing the IG’s son which doesn’t go very well with the cops as planned. Stunning piece of art, with an unexpected, shocking twist towards the end, ‘Drishyam’ is a novel and satisfactory watch. And P.S. it was very difficult for me to ascertain which version was the best, yet, I’d rate the original Malayalam one above all others.