Bollywood Celebrities Who Married Their Co-Stars

Did you Know?   Bollywood Celebrities Who Married Their Co-Stars

Bollywood Celebrities Who Married Their Co-Stars

Bollywood celebrities spend a huge amount of time shooting for their movies. It is on the set that they make the best bonds. Many a time, they find love at the sets as they get ample of time to know each other. There are some famous on-screen jodis who are couples off-screen too.
Nov 14, 2018, 3:03 pm ISTDid you Know?JhakaasMovies Staff

#1. Dilip Kumar and Saira Bano: The Mughal-E-Azam (1960) Tragedy King Dilip Kumar found his life partner in Saira Bano. Saira is 22 years junior of the thespian Dilip Kumar. This, however, did not impact the stars who saw beyond the constructs of age and instead focused on their relationship. Dilip Kumar and Saira Bano were seen setting the screen alight in films like Gopi (1970), Sagina (1974) and Bairaag (1976). Saira and Dilip were married in 1966. The couple did face a rocky patch when Kumar married Hyderbad socialite Asma Sahiba in 1981. Saira was naturally devastated by Dilip Kumar’s second marriage. But much to her delight, Kumar divorced Asma in 1983 and returned back to Saira. Even though Saira and Dilip Saab have no children, the husband-wife pair love each other immensely. Saira is taking excellent care of Dilip Saab, particularly in sickness and in health. 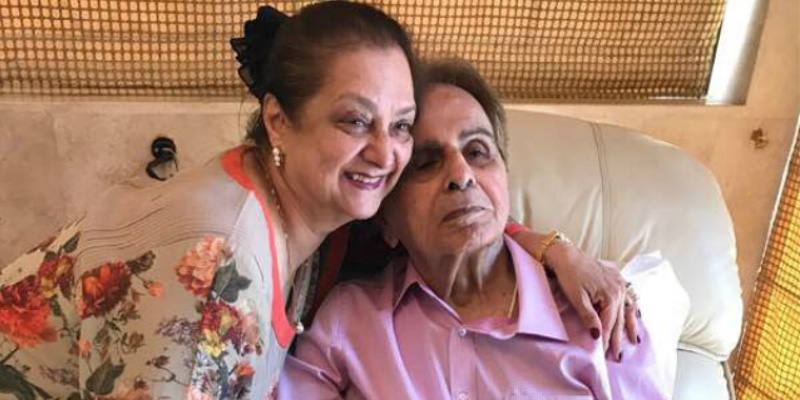 #2. Amitabh Bachchan and Jaya Bachchan: The thunder-tone, ‘angry young man’, Amitabh Bachchan and the docile, doe-eyed star, Jaya Bachchan, are an evergreen staple of Bollywood culture. Unlike most ‘reel life’ jodis, the attraction was originally one-sided between this pair. Amitabh Bachchan admitted he was smitten with Jaya upon seeing her on a magazine cover. When the offer to star opposite the then, Jaya Bhaduri came up for film Guddi (1971), Bachchan eagerly agreed. It took some time for Jaya to warm to Mr. Bachchan however, once she did there was no looking back. The pair were wed in 1973 and have been happily married since. There have been rumours and scandals. With Rekha, Amitabh Bachchan and Jaya Bachchan having been accused of being in an alleged love triangle. At the time of this scandal, rumours surfaced that allegedly Bachchan and Rekha were having an affair during the making of Silsila (1981). While there has been much speculation this has never been confirmed. With the Bachchans having bared this all stoically. Proving that steadfast and trusting relationships still exist, even in Bollywood. 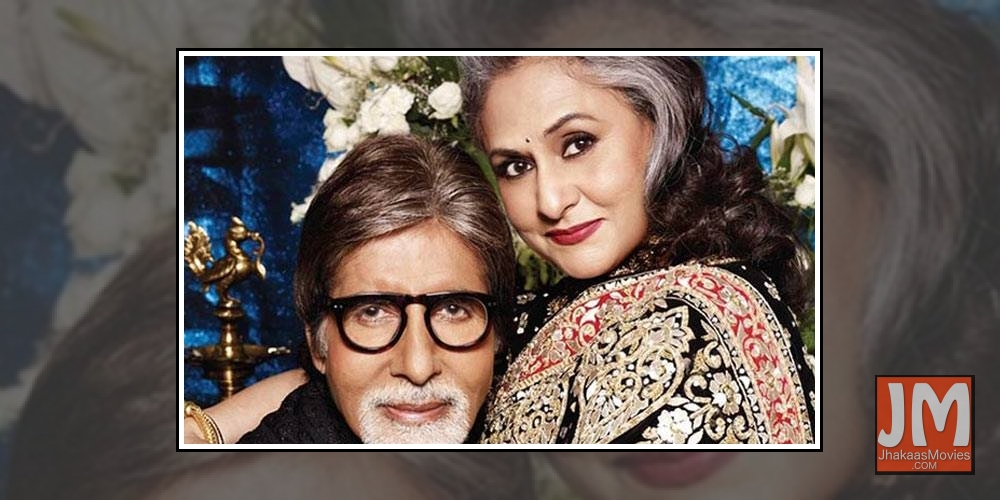 #3. Dharmendra and Hema Malini: Everyone’s eternal dream girl, Hema Malini, found her dream man in the brazen Punjabi action-hero Dharmendra. They were working on the sets for film Tum Haseen Main Jawan (1970) when eyes locked and lives were changed. It wasn’t till 1979 the pair managed to wed due to the complications of Dharmendra already being wed to Prakash Kaur, with whom he had sons Sunny and Bobby Deol. These complications caused much controversy for the stars who remained fiercely loyal to each other until they could be bound together in matrimonial bliss. In 1975, all of Bollywood saw how the two sizzled in the blockbuster Sholay with Basanti and Veeru’s undeniable chemistry burning a hole in the heart’s of the audience. The couple finally married in 1979 and have been going strong for 39 years, soon approaching 40 years. With two darling daughters, Esha and Ahana, Hema and Dharmendra truly have the picture perfect family. 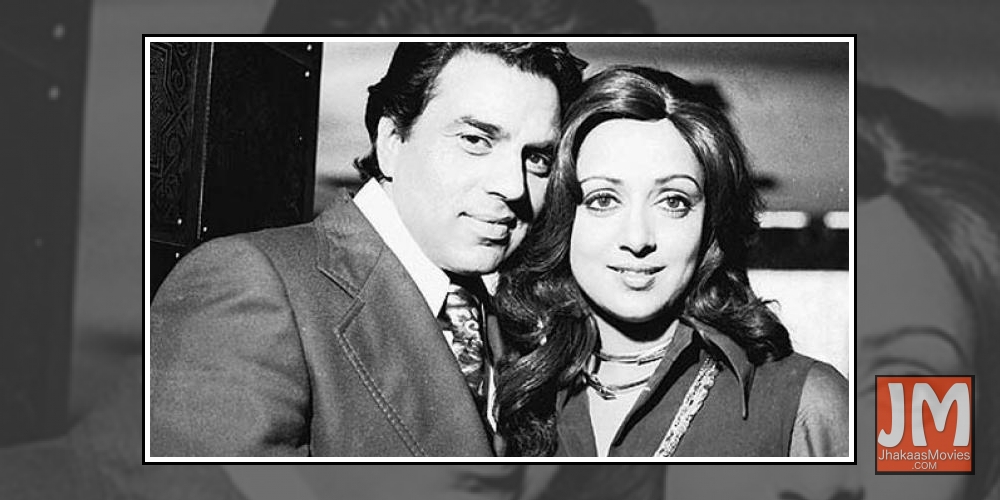 #4. Rishi Kapoor and Neetu Singh: Rishi Kapoor and Neetu Singh both superstars in their own right make for an iconic duo, both on-screen and off-screen. Neetu and Rishi started off as friends. With Neetu being someone Rishi could share his frustrations with. When Rishi Kapoor went to Paris to shoot for the movie, Barood (1976) he became aware of his feelings for Neetu. Without the ease of modern-day technology, Kapoor sent Neetu a telegram. Neetu immediately shared this telegram and her joy with Yash and Pamela Chopra. From there the two began to date. Rishi and Neetu dated for 5 years. With Rishi being a commitment-phobe, he never imagined this union would progress to marriage. Yet in 1980, much to Kapoor’s own surprise, the two did marry. Neetu has stood by Rishi through many trials and tribulations, the most recent of which has been his ill health. Neetu has been away in New York with her husband who is seeking treatment for his poor health. 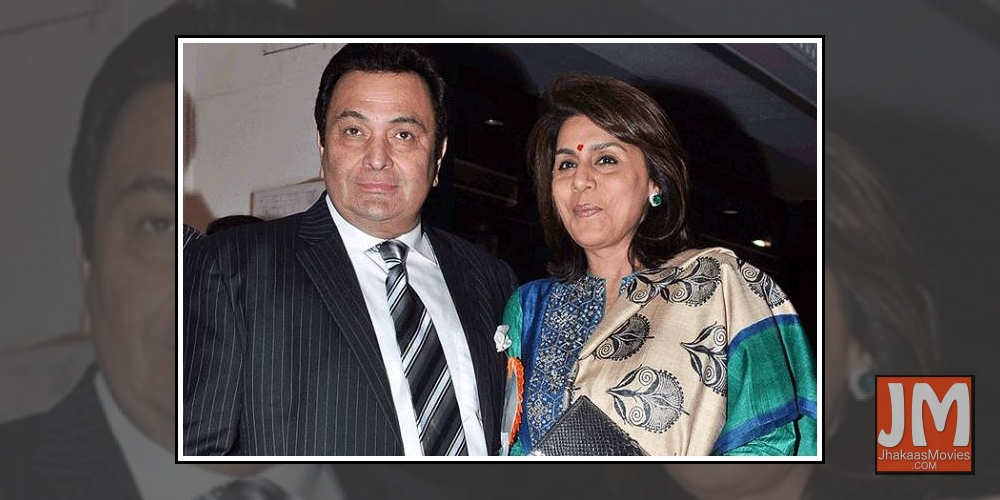 #5. Raj Babbar and Smita Patil: A more tragic real life jodi, was that of Smita Patil and Raj Babbar. The two were at the epicenter of a scandal of their own making. Raj Babbar, known for his roles in films such as Yarrana (1995) and The Legend of Bhagat Singh (2002) found himself swept up in a media storm when his affair with actress Smita Patil began. Babbar was married to Nadira Babbar when he first met Smita Patil. The two officially met on the sets of Bheegi Palkein (1982). For Babbar, the attraction and attachment were instantaneous and irrevocable. The pair faced a mass backlash from the public, with people staging protests damning Patil outside her home. The pair’s talent was undeniable when seeing their performances in films such as Waaris (1988). Despite all the controversy, they married and Smita became pregnant. However, upon her delivery of son Prateik Babbar, Smita developed complications. Which led to brain fever and she sadly passed away on December 13, 1986. 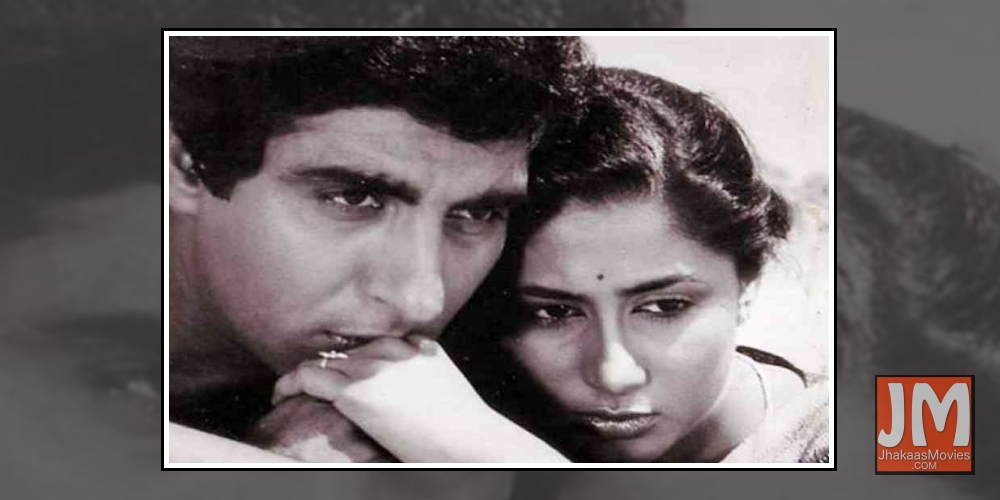