20 Memorable Bollywood Movies From The 90s:

20 Memorable Bollywood Movies From The 90s:

There is never a dull moment in Hindi Cinema. Bollywood films are known for their power packed entertainment. Here's showcasing an epic list of the best Bollywood movies of the 90s .
Jun 26, 2018, 2:53 pm ISTNostalgiaJhakaasMovies Staff

No matter how many times you watch these films, you will always find yourself glued to the screen next time it is played. Such is the power of these 90's movies.

1. Dil (1990)
Released on 22nd June 1990, Dil was the highest grossing film of the year. It starred two of the most popular stars of Bollywood, Aamir Khan and Madhuri Dixit as leads, whose chemistry blew everyone's mind. The music of Dil is such that even today, people still remember its songs. It is one of the few movies in which every song was just as popular. The movie was critically acclaimed, earning Filmfare nominations in the category of Best Actor (Male and Female), Best Music Director, Best Film, Best Director and Best Supporting Actor (Male). However, due to the cut-throat competition with other popular films of the year, only Madhuri Dixit won the award that year for the Best Actress. 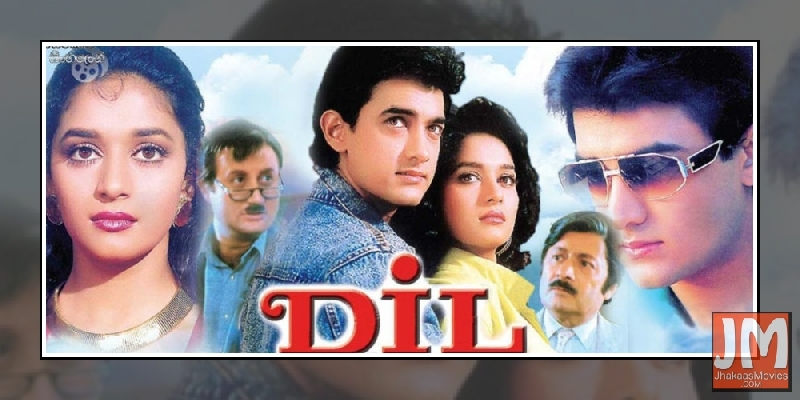 2. Ghayal (1990)
Ghayal released in 1990 was action drama film starring Sunny Deol and Meenakshi Seshadri. The film was produced by Dharmendra and directed by Rajkumar Santoshi. The film won seven Filmfare Awards, including the Best Movie award. Ghayal clashed with Aamir Khan's Dil. Ghayal did very well at the box 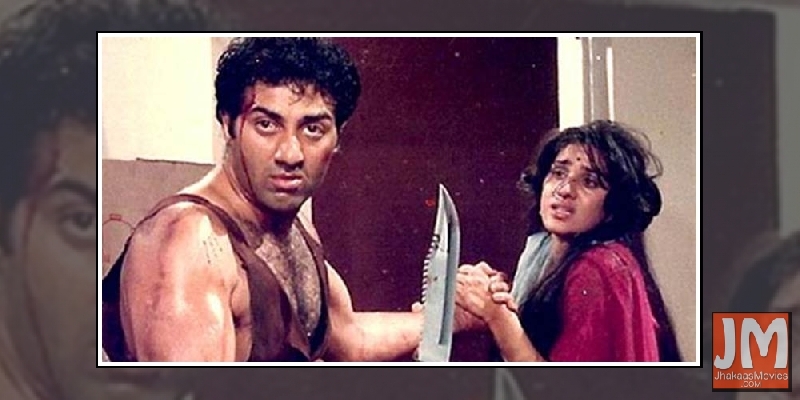 3. Aashiqui (1990)
A very nostalgic romantic movie, Aashiqui may seem too simple nowadays but it definitely did well over 20 years ago. It was not just another movie with hit music. It was a phenomenon. The sale of music players was increased dramatically. Practically every home in India had a audio cassette of Aashiqui in their home. It is not very common to come across albums with almost all the songs being awesome. Each and every song of this movie is timeless. The movie won 4 filmfare awards for its songs. 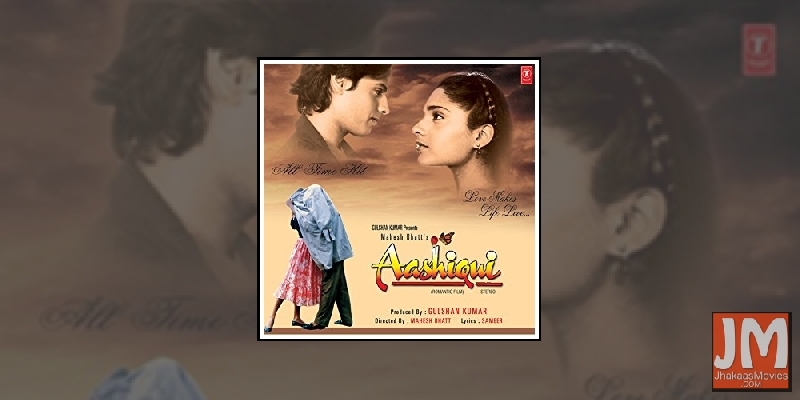 4. Sajaan (1991)
Saajan was a love story released in 1991 that went on to become the biggest hit of that year. Soundtracks of this movie broke all records after “Aashiqui”. Sanjay Dutt at that time was known for his action roles and this was his first film in which he would be stepping in for love story. For Salman Khan “Saajan” was continuation of his initial golden run at the box office after “Maine Pyaar Kiya. Another aspect that helped to market the movie was the rumours about the Sanjat Dutt and Madhuri Dixit affair at that time. It was said that the two fell in love during the making of this movie and that eventually Madhuri Dixit dumped Sanju when his court troubles started. 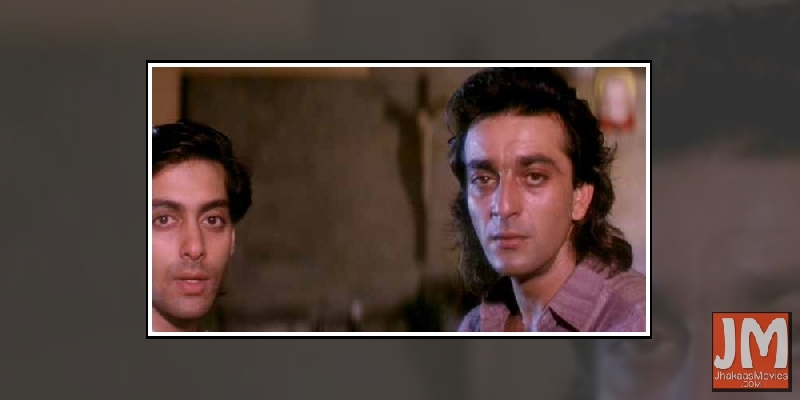 5. Sadak (1991)
Sanjay Dutt had received immense love and appreciation from the audience for the portrayal of his character as Ravi, a taxi driver in the 1991 film. While Dutt also had the biggest hit of that year then in Saajan , Sadak was his solo lead and these two films catapulted him to the top bracket in the ‘90s 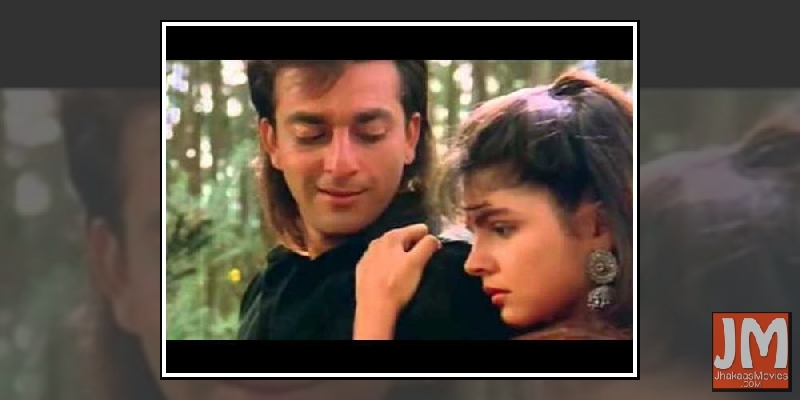 6. Hum (1991)
Hum was directed by Mukul S. Anand, with huge star cast Amitabh Bachchan, Rajnikanth, Govinda, Kimi Katkar, Deepa Sahi, Shilpa Shirodkar, Danny Denzongpa, Anupam Kher and Kader Khan. This was one of the most successful film for the famous super star Amitabh Bachchan in the early '90s before he announced his temporary retirement immediately after its release. He also won the Filmfare Best Actor Award for it in 1992. The film was second highest-grossing Indian film of 1991 at the box office and was a blockbuster hit. 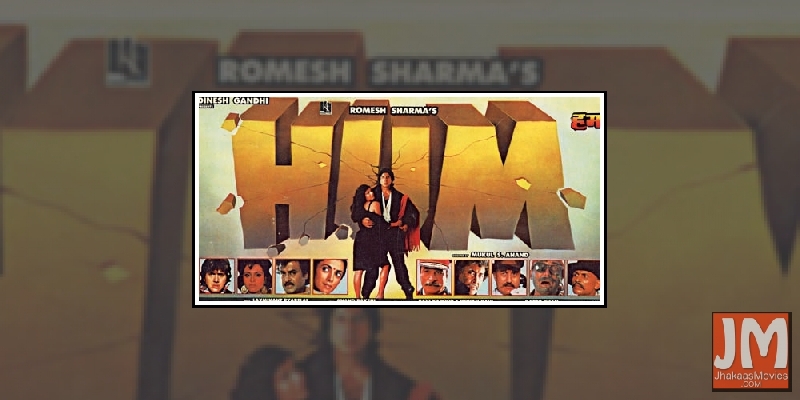 7. Darr (1993)
Yash Chopra’s romantic thriller Darr, starring Shah Rukh Khan, Sunny Deol, and Juhi Chawla, was released on December 24, 1993. Since Darr, Sunny Deol has never worked with Yash Raj productions. The actor was upset that his role was overshadowed by that of Shah Rukh’s. Shah Rukh Khan had said in an interview that he ended up doing Darr not because he was eager to experiment or prove his mettle as an actor, but only because no one else was taking up the role. 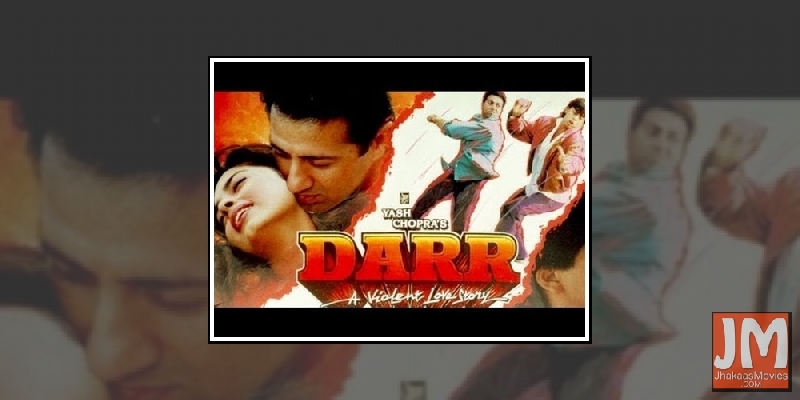 8. Damini (1993)
Rajkumar Santoshi directed Damini is indisputably one of the finest movies from Indian cinema representing the suppressed voice of a woman and the power of truth. The movie had intense court room drama scenes between Sunny Deol & Amrish Puri. Sunny's famous dialogue from the movie "Dhai Kilo Ka Haath" has now achieved a cult status among the famous Bollywood dialogues of all times. 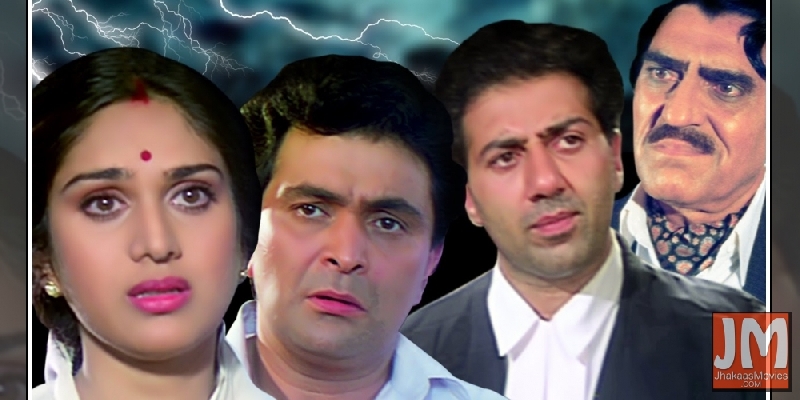 10 Baazigar (1993)
Baazigar was a remake of 1991 Hollywood film 'A Kiss Before Dying'.'Baazigar' was the first film which helped Shah Rukh Khan bag his first Filmfare Award for Best Actor.'Baazigar' was a commercial success and it went on to become the fourth highest grossing Hindi film of 1993. 11 Andaz Apna Apna (1994)
Andaz Apna Apna didn’t have a bound script. Most of the scenes were improvised right on the sets. A few dialogues were spontaneously uttered while shooting for the scene. It was the only film in which Salman Khan and Aamir Khan shared screen-space. The two didn’t get along on the sets of the film and Aamir vowed not to work with Salman ever again. 12 Kabhi Haan Kabhi Naa (1994)
Kabhi Haan Kabhi Naa was a romantic coming-of-age comedy film directed by Kundan Shah, starring Shah Rukh Khan, Suchitra Krishnamurthy, and Deepak Tijori. This is one of the rare mainstream Hindi movies in which the hero plays the role of a loser. It is widely considered to be one of Shah Rukh Khan's best performances, and he has said that it is his favourite film.He received the Filmfare Critics Award for Best Performance for his role. 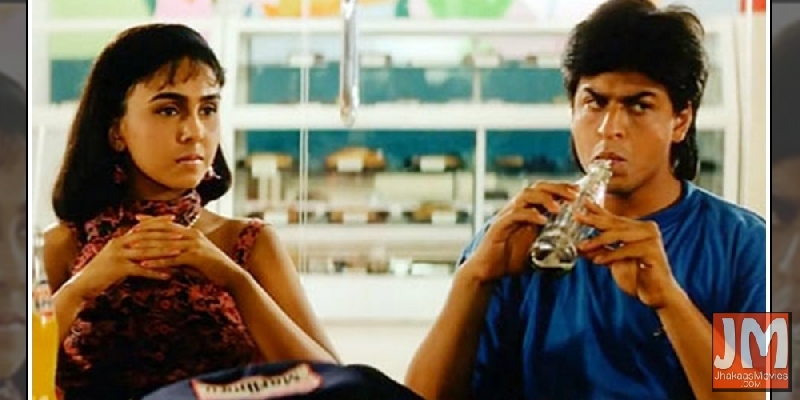 13 Hum Aapke Hain Koun (1994)
A huge hit when released in India in 1994, director Sooraj Barjatiya's affecting family drama started a notable trend towards more family friendly fare in a time when violence was the predominant attraction of Bollywood films. Earning over 1.35 billion worldwide, Hum Aapke Hain Koun..! became the highest-grossing Bollywood film. It contributed to a change in the Indian film industry, with new methods of distribution and a turn towards less violent stories. Hum Aapke Hain Koun..! won five Filmfare Awards, including Best Film, Best Director, and Best Actress, as well as winning the National Film Award for Best Popular Film Providing Wholesome Entertainment. It made a lasting impact on wedding celebrations in India, which often include songs and games from the film. 14 Karan Arjun (1995)
Rakesh Roshan. Roshan had initially planned to cast Ajay Devgn and Sunny Deol for the movie.‘Karan-Arjun' was originally titled as ‘Kaaynaat'.Karan-Arjun' became the second highest grossing film of the year 1995. 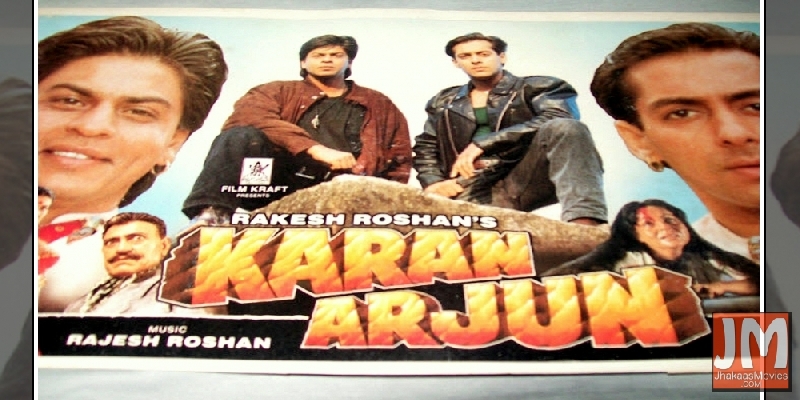 15 Dilwale Dulhaniya Le Jayenge (1995)
DDLJ, is an Indian romance film, directed by Aditya Chopra, produced by his father Yash Chopra, and written by Javed Siddiqui with Aditya Chopra. Earning 1.06 billion in India and 160 million overseas, Dilwale Dulhania Le Jayenge became the highest grossing Bollywood film of the year, and one of the most successful Indian films of all time. It won 10 Filmfare Awards, the most for a single film at that time, and won the National Film Award for Best Popular Film. Its soundtrack album became one of the most popular of the 1990s. Dilwale Dulhania Le Jayenge was one of only three Hindi films in the reference book 1001 Movies You Must See Before You Die, and was placed twelfth on the British Film Institute's list of top Indian films of all time. It is the longest-running film in the history of Indian cinema. 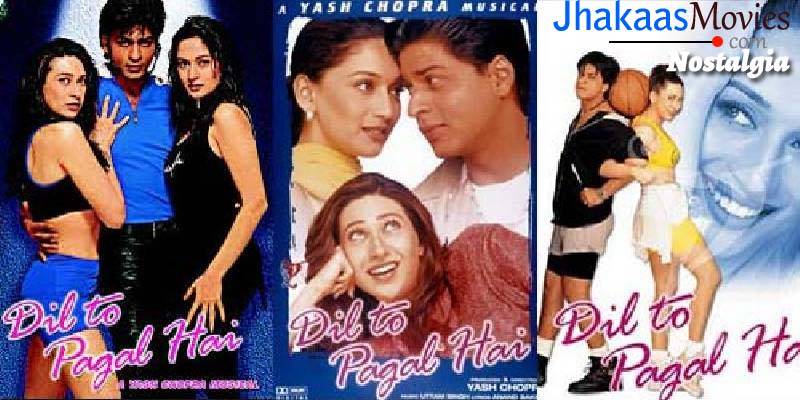 18 Border (1997)
The film starred an ensemble cast of Sunny Deol, Sunil Shetty, Akshaye Khanna and Jackie Shroff in pivotal roles. The film is an adaptation from real life events that happened at the Battle of Longewala during the Indo-Pakistani War of 1971. It was the second highest grossing Bollywood film of the year worldwide behind Dil To Pagal Hai and highest-grossing film of the year in India . 19 Satya (1998)
Satya was released on 3 July 1998 to critical acclaim, particularly for its realistic depiction of the Indian underworld. It was a commercial success, grossing more than 15 crore. The film won six Filmfare Awards, four Star Screen Awards, a Bollywood Movie Award – Best Director and a National Film Award for Best Supporting Actor. Satya has attained cult status, and is considered one of the best examples of Indian cinema by a number of critics and scholars. 20 Vaastav : The reality (1999)
Sanjay Dutt was nominated for the Filmfare best actor category for the fourth time in his then 18 year old film career and finally winning it, regarded by critics unanimously amongst being one of Indian cinema's most memorable and most quated onscreen characters. The film was extremely successful both in India and overseas.